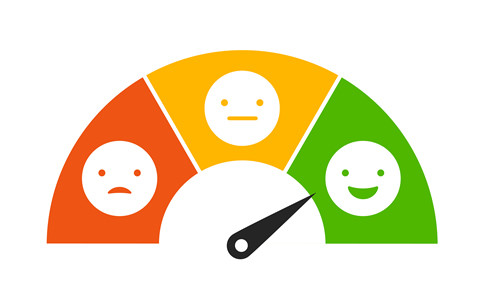 Over the past 20 years, my career has taken me all over the world, I’ve flown hundreds of thousands of miles. I have used stories that I have from traveling with airlines, and United Airlines in particular, to teach thousands of Lean Six Sigma practitioners, such as Black Belts, Green Belts, and Lean Professionals.

The challenge comes from the simple things that airlines can do to make the flying experience better and yet don’t. For example, if we are delayed, are they communicating with us? If it’s a really full plane, are they transparent about that? Will they help me find a seat next to a family member if our seats weren’t booked together?

Sometimes I feel like airlines are not willing to help.

But I’m the one paying the bill.

When I talk to my colleagues, they share similar thoughts. Like I said, I’ve flown with United Airlines for two decades and this has been a common theme – until recently.

Wait – am I actually going to tell a good customer experience with United Airlines?

Yes. I owe it to United Airlines to share this incredibly positive story of exceptional customer service.

I recently had to travel to Pittsburgh, Pennsylvania via a connecting flight through Denver. My first leg was a short commuter flight. I was only going to be traveling for a few days so I packed light – just a backpack and small carryon. Once we were all on the flight, the pilot spoke over the intercom to say, “This flight has been delayed due to a large storm over the Denver area.”

People around me began to scramble for their cell phones to call United Airlines to rebook their connecting flights. I usually let it ride. Sometimes calling the airline can interrupt the process and you lose the option you want.

However, I know there is a very real possibility that I will miss my connecting flight to Pittsburgh. Even though my next flight will take off from the same concourse, I had a short layover – a small window slowly closing each minute we’re delayed.

Finally we hear the announcement from the pilot that we are cleared for take off, 45 minutes past our original scheduled departure. The plane soon landed safely in Denver at 9:30. My connecting flight was due to depart at 9:48. I chalked it up to a lost cause. Usually airplanes close the doors 10 to 15 minutes before departure.

As I am deboarding the commuter flight I’m listening to music and trying to de-stress before a long day trying to reroute to Pittsburgh. Then my phone rings. I don’t recognize the number but I answered it anyways. On the other end is a calm voice speaking with a sense of urgency. “Hi, Mr. Drever, are you going to be able to make it to the gate?”

I said, “I’m just getting off the plane. I’ll be right there.”

She said, “You have four minutes. That’s all I can hold the plane for you.”

I didn’t have to think twice. “I will be there in four minutes.”

I grabbed my bag and ran.

Denver International Airport is a large airport and even though my United Airlines flight was in the same concourse I had to pass 38 gates in four minutes.

The gate swam into view, along with a gate agent, leaning out into the concourse yelling, “Come on! You can make it! You got this!”

She checked me in and I ran straight down the jetway. At the end was a gentleman who pointed out the open bin he had left for my bag. “Put your bag there and take your seat.”

As I’m sitting down, the pilot announces, “We are 100% full and ready to depart.” We begin taxiing down the runway.

United Airlines Made a Small Improvement That Was Huge

That phone call and four minutes made all the difference. What an amazing experience to feel truly like a customer valued by United Airlines.

To be clear – I don’t always expect airlines to treat customers the way they did to me that day. What they demonstrated was truly exceptional. What I want is to feel like the airline cares about the situation I’m in.

With customer service, the first role is to understand who your customer is and to care about their experience. On that day, United Airlines treated me like a valued customer and cared about my day. I’m appreciative of that.

When I talk to business leaders, I emphasize that the biggest differences or gains we see when implementing Operational Excellence strategies like Lean Six Sigma or Lean is often small tweaks. Sometimes four minutes or a phone call can pay off much greater dividends.

These small changes we learn to make with Operational Excellence is a similar journey that airlines can take with customer service. When a customer’s entire day (or longer) rides on the experience an airline offers, small changes can often make the largest difference.

The day after my flight to Pittsburgh, I taught two Lean Six Sigma classes and highlighted how this small change by United Airlines was the highlight of my day. United Airlines, thank you for recognizing me as a customer and showing that you care.