It is Time to Get Unstuck 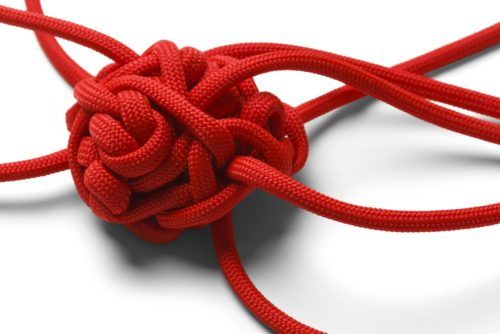 In working with Operational Excellence Project leaders such as Lean Six Sigma Black Belts or Lean Practitioners, I have observed many that were moving along in their Lean Six Sigma projects quite well, then one day they find that they are stuck. It may be that they are stuck in a pattern of data paralysis where they have too much data that isn’t telling them anything and they continue to look for the needle in the haystack, other times they come upon resistance or difficulty and they get into this loop of being stuck on the same issue.

Regardless of what the pattern is, being stuck almost always has one root cause, which is the lack of effort in trying to solve the problem. When you stop trying is when you find yourself being stuck in a project. Before you begin to justify why you are stuck, stop and think of the issue in an objective way. If it is someone being resistant, have you had a conversation with that person? For both resistant participants and data issues, have you proposed alternatives and given yourself enough options to try something different?

There is power in having 3 options, and far too often people find that they have created an either/or situation. For example, investing $25,000 – either I can do this or I can’t. Leaving yourself with only two options limits your thoughts in a binary way, but when you add a third option, it creates an opening that wasn’t previously there. Maybe the third option is a hybrid of the either/or, maybe it is something completely unrelated, or maybe it is something so far-reaching that it spurs other ideas.

As a Lean Six Sigma coach or mentor, when you encounter a project leader that is stuck, step back and look at the situation objectively. If someone is not stuck in understanding the Lean Six Sigma methodology and tools, they are likely stuck in their own mind. If this is the case, have a conversation with them and ask what their current options are. If you find they are stuck in the either/or scenario, remind them that there is power in 3, and help them come up with that third option which may be just what they need to get unstuck.